Chlorophyll is the green pigment found in most plants. It is also known as plants blood.
It is necessary for the plants to function and absorb light.

The name chlorophyll is derived from the Greek chloros (green) and
phyllo (leaf).

There are a few different forms of chlorophyll.
These are Chlorophyll a, b, c1, c2, and d.

Like chlorophyll a, which is green-yellowish in solution. It is the primary photosynthetic pigment in green plants.
This green pigment is used to transfer light energy to chemical energy. The light that is absorbed by this chemical acceptor provides the energy for photosynthesis.

Any green leaf that you see absorbs blue light that is mostly around 430nm, it also absorbs red light that is around 660nm. This leaves the green wavelength to be reflected back, which makes the leaf look green to our human eyes.

All types of chlorophyll are oil-soluble. Which is why taking them with oil promotes better absorption.

You can get most of the chlorophyll through supplements. Using natural chlorophyll is an option but it gets metabolized easily before getting properly absorbed by the body.

What are the Benefits Of Chlorophyll

There are many health benefits for using chlorophyll.
This wonderful green pigment can provide many health advantages if used daily.
Let’s see some of them get a better idea.

Chlorophyll is extremely high in antioxidants, which helps keep the skin looking beautiful and reduces the occurrence of breakouts.

It is also used in many anti-bacterial soaps and anti-blemish products as it helps create an environment that is inhospitable for the growth of germs and bacteria.

Chlorophyll can also help prevent pimples and acne, as pimples are made up of dead skin, bacteria, and oil. The cleansing effects of chlorophyll help reduce the number of bacteria and excess oil in the skin.

Natural chlorophyll contains magnesium atom in the center of the molecule. These magnesium atoms are extremely important for over 300 enzymatic reactions in the body.

Some of these reactions include getting a good amount of oxygen to the cells and tissues in our skin.

Low amounts of magnesium have also been linked to skin problems such as itchiness and redness. They also contribute to lower levels of fatty acids in the skin which can make the skin dry, increase inflammation and reduce its elasticity further.

Magnesium is also important for the metabolism of Vitamin C, which helps boost your skin’s collagen production.

Collagen is a protein in the skin which helps you give a much more firmer, plump skin. It also helps smooth out fine lines and wrinkles.

Acts As An Anti-aging Agent

Adding chlorophyll to your daily health and beauty routine will definitely help you rejuvenate and revitalize your skin and make it look a lot younger.

The wound healing properties of chlorophyll have been known for a long time. Many research studies from as old as the 1940s support the fact that the use of chlorophyll can help decrease the time to heal wounds.

A study[1] showed that that adding chlorophyll to various ointment bases accelerated healing by approximately 25% in time. This study included over 200 experimentally induced lesions in guinea pigs which provided massive amounts of data for the researchers.

Similar studies have been done on other animals as well, showing positive effects on wound healing properties of chlorophyll.

It has also been shown it reduces inflammation caused by injuries and wounds, this promotes healing.

Chlorophyll also contains many Vitamins and minerals which help accelerate the healing process. It also reduces the odor caused by bacteria accumulation in injuries.

Hemoglobin is a protein in red blood cells that carries oxygen throughout the body. Our blood is composed of 75% hemoglobin.

The iron in hemoglobin is responsible for providing red blood cells its red pigment.

As we consume chlorophyll it helps us boost our energy levels. The magnesium in chlorophyll helps with the enzymatic reactions to replenish and rebuild red blood cells which are responsible for boosting our energy.

Chlorophyll has been used to detox the body for a long time, helping in detoxifying the liver and eliminating toxins.

It does so by increasing phase II biotransformation enzymes. These enzymes are responsible for optimal liver health. A healthy functioning liver is can then improve your natural waste elimination process and potentially help reduce harmful toxins in the body.

Some animal studies have shown that chlorophyll can help reduce the risk of aflatoxin-induced liver damage and even liver cancer by increasing phase II enzymes.

Aflatoxin-B1 (AFB1) is associated with increased risk of hepatocellular carcinoma and liver cancer. We’ll discuss more of this further in the cancer section.

Chlorophyll also helps with urine flow and helps eliminate odor with its magnesium which further helps clean the body from within.

Chlorophyll can also help prevent cancer by binding itself to potential carcinogens like aflatoxin-B1, which can be found in powders and extracts of many spices, herbs, and higher plants.

It can also be found in some heterocyclic amines which can be found in cooked meat, polycyclic aromatic hydrocarbons found in tobacco smoke.

Chlorophyll binds with these carcinogens to create a complex structure which can interfere with the gastrointestinal absorption of these potential carcinogens thus, reducing the risk of cancer in susceptible tissues.

A number of studies on cancer preventive properties of chlorophyll have been done.

One study[2] also concluded that not only chlorophyll reduces the uptake of aflatoxin-B1 but also helps reduce DNA damage induced by aflatoxin.

This further suggests that although chlorophyll can’t help stop cancer completely once it has started but, it can help reduces the risk of carcinogens from getting activated in the body and causing any kind of DNA damage.

Adding just 300 milligrams of chlorophyll every day is enough to start seeing some drop in AFB1 levels.

One such study[3] comes from Lund University in Sweden. The study involved 38 overweight women, half were given 5 grams of spinach extract while the control group was given a placebo.

Other than giving spinach extract and placebo the women were told to eat 3 times a day, with no other changes made to their diet. At the end of the study, the control group lost around 3.5 Kg on average while the group that was given spinach extract lost 5 Kg.

The thylakoid group also found it a lot easier to stick to 3 meals a day, They also reported about not experiencing any cravings.

How thylakoid helps us achieve this is by increasing satiety hormones. Our modern processed foods are slight to be blamed for this. By increasing the time of digestion, thylakoids give enough time for intestinal hormones to be released and communicate with the brain properly.

Acts As A Natural Deodorant

If you’re worried about bad breath or body odor? You can definitely add a little chlorophyll to your diet.

Chlorophyll contains magnesium salts which help reduce the level of odor emanating from the body.

Chlorophyll is recommended to people with chronic bad breath, this problem is also known as halitosis. Which unlike “morning breath,” remains for a longer time.

It is also used for patients who suffer from incontinence, In which the patient lacks voluntary control over urination or defecation.

Chlorophyll is also been shown to be effective against yeast known as candida albicans. This fungus is known to cause oral thrush and bad breath. Chlorophyll can efficiently eliminate the odor caused by this fungal infection.

If not only that, chlorophyll is also known to reduce gas and control fecal odor. By improving overall digestion it further helps reduce the amount of odor being produced.

Some of the best green leafy vegetable that contains high amounts of chlorophyll.

Wheatgrass is one of the most easily available and widely known product for chlorophyll.

Some other best sources of chlorophyll are spinach, spirulina, and alfalfa.

We have been using alfalfa in chlorofiber, which is proven to provide good amounts of chlorophyll per gram.

These are some of the best sources of chlorophyll

Side Effects Of Using Chlorophyll

There are not many risks involved with using chlorophyll, but some of the people might have these side effects and health issues.

Some people can experience digestive problems especially if you already have a history of digestion issues and have a weak digestion system.

If you suddenly consume way more chlorophyll than the body can handle, you can have diarrhea.
It is recommended to increase the number of chlorophyll supplements slowly.

Green, yellow stool can be thought of as gastrointestinal bleeding

Chlorophyll can cause a slight change in stool color. This is a really common side effect of consuming chlorophyll. Although it is not harmful, some can mistake it as gastrointestinal bleeding or some other kind of health issue.

If you’re on any kind of medication it is best to first consult with your doctor or dietitian.
Chlorophyll can possibly interact with some drugs so checking with a healthcare professional is recommended.

How to consume chlorophyll supplements

Consuming chlorophyll before having your meal will provide the best results.

Chlorophyll is one of the best natural supplements that you can find in the market, not only it is widely used, it also delivers amazing results.

Just adding as little as 100mg of chlorophyll 3 times a day in your diet is more than enough to see all the benefits mentioned above. Adding this small little wonder in your diet can really make a big difference.

Our chlorofiber contains chlorophyll extract from the alfalfa plant. Not only that, but we have also made it better by adding a high amount of soluble to the mix makes it one of the best prebiotic supplement in the market.

No votes so far! Be the first to rate this post.

We are sorry that this post was not useful for you! 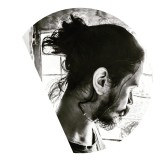 I love to blog about nutrition and health.

I've made this blog to share as much information as I can about things related to health and fitness.